Summertime And The Living Is Not So Easy

Two weeks ago, on June 15th, Bobby Sutliff was in a very bad car crash. 18 days later, it appears he’s out of the woods, but the severe injuries will put Bob out of action for some time to come. The day before, we’d had a long talk, plotting out the next steps to get the album done. Getting the track for the Records Tribute was a major milestone in this two year project. Knowing that what we’ve been working on was going to sound good, had given us the confidence we needed to start the sprint to the finish.

At the same time, I was working with Scott to get his song Kelp Whip into the work folder and had him adding to my own Small Circles. A few days after Bob’s accident, Tim Lee suggested we do a benefit record for Bobby. This was a splendid idea, to both celebrate Bob and to give us all something to do to occupy our minds and fingers while we waited for news about Bob’s future.

While working on the last album, I floated the idea of recording a Brain version of Oh, Lorelei, from Bobby’s album On A Ladder. I’d actually suggested an arrangement to him when he was working on that record. He was sure his version was what he wanted. He was probably correct, but in the back of my mind, I could hear it done in the style of Rain Parade. I went as far as recording a couple of demos, but I never felt like I had something as good as the original to show the band. With the Bobby Sutliff tribute in the works, I figured now was time to work it out. This time I started with a loop taken from a Rain Parade song and built on that. I had a good basic worked out in just a couple of hours. I’ve passed it on to Scott for some guitar overdubs. I reckon Tony is the one to sing it as it’s at least a step above my range. Ric will be here on Thursday for drum work.

Bobby had sent over one new original and a cover of an old time song. The original is titled May 2012. It’s very very good. I have a new one, Lightning Life, and another that Ric wanted to redo after the last session. While having a listen, I realized why he had struggled with that one. On the offending section, I’d come in one beat early. Sorry. I have an idea for this part of the song, so a second look will be good. There is also Scott’s wonderful contribution and the cover of Lorelei. Plenty for a short weekend. 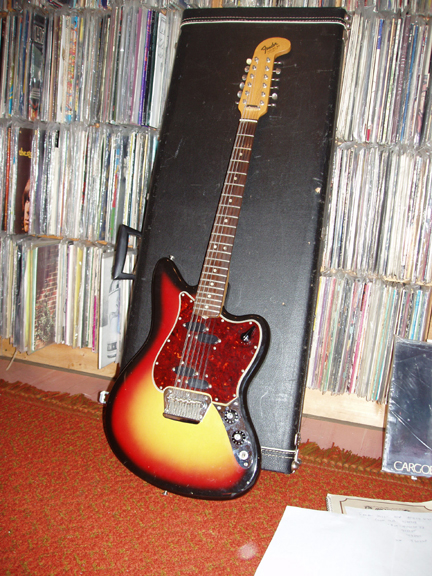 One of the first songs recorded for this album was a sort of collaboration between myself and Bobby. When I listened to a demo Bob had sent over, I heard a lick that I thought was really good. Bob suggested I run with my idea. I put together a song called Sun Goes and filed it away. It’s always been on the short list, but it needed some serious work. I figured once Bobby played on some guitar, it would come together.

This weekend, I finally pulled it back out to try an idea I had for the main guitar line. The original lick sounded a lot better, but I couldn’t leave it there. I worked out a variation, which sounded even better. This also required a new bass line to match. I recorded a scratch bass part and a new organ track as well. I sent it over to Scott for his thoughts. He liked it and said he’s got some ideas. I’m confident that we can complete Sun Goes in a fitting manner. We will return to this once we finish up Oh, Lorelei.

This weekend’s short but busy session has moved the marker down the line considerably. There were five songs I wanted to get drums added to. A sixth one was considered, but it will have to wait for now. A couple of days before his accident, Bobby had sent me the second remake of a song he decided was called May 2012. The original demo he sent was good, at a faster tempo. The final version was slowed considerably and now had vocals. When he got his new Casino, Bob redid the guitars. This version was stunning. With a session coming up, he had promised to send me the tracks, but never managed to get that sorted out. It was a simple matter adding drums to the second version. The request was “sparse, so I can hear the spaces between the drum hits”. Ric understood and got it down as required.

Next up was Scott’s Kelp Whip. There was one section I thought might be difficult for Ric to play through. I made sure he was hearing the bass and guitar clearly. There didn’t seem to be any problem playing this. The final take went beyond the call and into unexplored territory. Scott was pleased.

Ric and I probably spent more time discussing what was needed for the version of Oh, Lorelei we are recording for the Bobby Sutliff Benefit album. In the end, Ric realized that the fancy elements would be on top, not in the drum part. This one is is going to be good.

I wrote Lightning Life in response to Bobby’s May 2012. I’ve been inspired by Bob’s productivity, and have tried to keep up. In some ways, this one comes from the same gene pool as Small Circles. This newest one is mid tempo, and has a nice lick. Ric liked the contrast between the pounding beat, and the languid guitar and vocals. I will return to this one as soon as the new album is complete. It would be far too easy to get sidetracked by all the new songs and never get the first one done. I did a quick count today, and see there are at least 14 A-LIst songs set aside for part two. 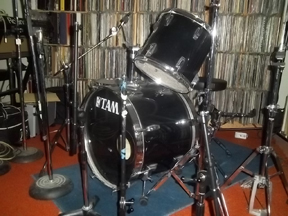 We finally got time to start adding percussion to the album tracks. I’m sure Bob and I discussed putting tambourine on Take Me With You. As one might guess, Ric is very good at this. After one take, he asked to try again, and performed a simpler pattern. I also had the idea that Ric should sing a little on the new record. While reviewing the work Scott had done on Small Circles, I could hear Ric singing a low note on the end section. He did without much effort. While we still had time, I suggested some tambourine on As The Crows Fly. That came out very well. Ric then decided he wanted to sing on this one too. I figured it was worth a try. Once he got in front of the mic with lyrics, he realized how difficult it actually is to sing. We put it aside for the next day.

The last drum track we needed to do was a remake of Ghosts. The first effort missed the mark, partly due to my not playing a part correctly. Ric said he wanted another try, which was fine by me. In the interim, I fixed the problem section and came up with an idea I thought would work better and be easier to play. Ric was good with my suggestion. We cobbled together one take which was satisfactory. Ric asked if he could try one more time. This final effort was better and we called it good.

With a little time remaining, we put up Managers Of Time and added tambourine in one take. Ric asked if he could have another go at singing on Crows. We both quickly realized he wasn’t going to get the phrasing down any time soon, but I did hear a bit that did work. I asked him just to sing the last lines of each verse, which he did superbly. The lead vocals are already very complex, so another lead line probably wouldn’t work, but the added voice on selected words was very effective.

With that, Ric gathered up his bags and headed out, until next time.

The good news is that Bobby seems to have made some major strides on the road to recovery. We can be assured that at the very least he will be involved in the finish work on the album, if even only in an advisory position.

I have continued work on Sun Goes. I hope to finalize a new piano part and add some guitar this weekend. Lyrics will be the next task. Considering the subject of the first verse, this second one will require some deep thought 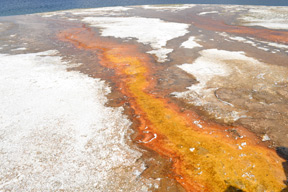 Work on our cover of Oh, Lorelei is now nearly complete. Deniz will be here next week and will ad the solo guitar then. The main focus of Den’s visit is to wrap up work on his album. We will review all the tracks and prepare them for mixing at Sugar Hill. I was asked to play organ on three tracks for the Deniz Tek Group album. I completed this task last weekend, as I was sure there would be little free time this week.

Our friend and long time collaborator, Jim Sangster is in town. He’s offered to lend a hand on the Brain album. I have a couple of songs I will pass onto him to have a look at. I had assigned the guitar solos on Sun Goes and Managers Of Time to Bobby. As this isn’t an option, I thought Jim could fill the gap. This means I need to work out the bridge lyrics. I’l get this done before we all head down to Yellowstone for the weekend.