The Story So Far…

After the split of the first Donovan’s Brain line up, recording became the primary focus. If one were to check the studio logs, you would find that since 1988 there hasn’t been a break in the activities at God’s Little Ear Acre, the band’s recording facility. With the luxury of unlimited studio time, rarely are the albums recorded in neatly defined packets of time. Beginning in 1992, the writing out paced the release schedule which resulted in a huge backlog of material. Once an album is compiled, the left over songs are put on the shelf for future use. It’s not uncommon for further work to be done on these out takes, and in some cases the ideas are recycled into new songs.

To complicate matters unexpected developments have resulted in a very non-linear release schedule. By the time the first Donovan’s Brain CD was released, work had already begun on the third album. The highly productive sessions for Tiny Crustacean Light Show spilled over to the next album without a break. The new album contains at least three songs that were considered for The Great Leap Forward. Confusing innit? The Discography and History pages will attempt to make some sense of all this, but don’t expect any easy answers. Go to the Career Records Shop to Buy Into The Brain.

With such a strong background in the diverse musical influences of the USA’s West Coast, 60’s psych, and 70’s Krautrock, it’s not surprising that the music recorded under the Donovan’s Brain umbrella is a highly cosmopolitan mix.

The Brain’s first releases were restricted to limited runs of cassette only issues. The self-titled ‘Donovan’s Brain’ cassette, and the later ‘Butterfly Wheel’ are now quite hard to find. A small number of songs from both collections have resurfaced on later releases, usually featuring a new recording or a remastered original, and it’s quite possible that more will follow. While the rock opera ‘Shambaholic’ remains unreleased in its originally intended form, it is possible to piece together much of the album concept from songs released on other titles. ‘Shambaholic’ then perhaps represents a Donovan’s Brain musical jigsaw puzzle. It seems unlikely these early releases will ever see a release, so for now the band will offer selected tracks as mp3 downloads sourced from the master tapes. Don’t get your hopes up that these might be long lost gem, it is merely the sound of a band finding their footings. 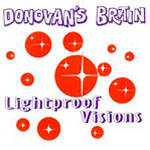 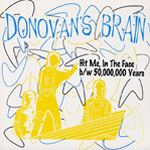 Vinyl singles and EPs may be something of an anachronism in the digital age, but every Donovan’s Brain release so far contains at least one track or mix which is unique to that issue. The format, content and scarcity of Brain 7″ records, together with their individual and distinctive artwork, all contribute towards making these increasingly collectible.

Since the late 1990’s Donovan’s Brain have release six full length CDs. The first three CD were issued on the Get Hip label; Carelessly Restored Art (1998), Eclipse And Debris (1999) and Tiny Crustacean Light Show (2000). Get Hip are an independent organization, formed by three members of the pioneering modern garage band, the Cynics.

A Defeat Of Echoes

At the end of 2002, Ron Sanchez and Deniz Tek launched Career Records as an outlet for their various musical efforts. Donovan’s Brain currently have three releases on the Bozeman based label; The Great Leap Forward (2003), A Defeat Of Echoes (2005), and Fires Which Burnt Brightly (2009). Defeat of Echoes was issued with a companion DVD.

Donovan’s Brain can also be heard on releases by Angie Pepper, Deniz Tek And The Golden Breed, Richard Booth, and the Roy Loney And The Longshots album. They also performed as Penny Ikinger’s band on her 2004 US tour.

The Donovan’s Brain discography also has been featured on a number of anthologies, most importantly their debut on Volume One of the now famous Hit The Hay Series on the Swedish Sound Asleep label. All the tracks on these releases are exclusive and not found on any of the Donovan’s Brain releases. 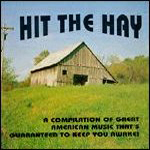 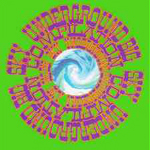 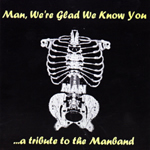 Man We’re Glad We Know You 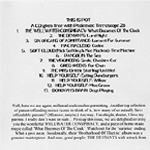 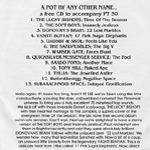 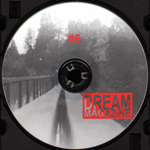 There is always talk of a compilation to gather up all these stray track, and many of the unreleased songs. Donovan’s Brain has always maintained a policy of recording extra tracks for every album with an eye to a rarities collection. At the moment, this is still a far off possibility. The new album is a year off at this point, so it’s a bit early to start thinking about any sort of an archive clearing release. There are a few treats to be found on the Music page, and those will be updated on a regular basis, so grab what you can now.