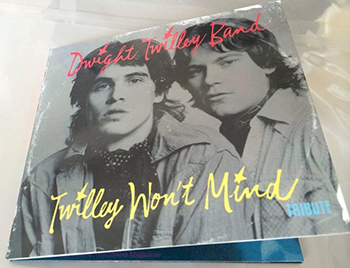 The first of three new Donovan’s Brain releases should be available from the Career Records Shop any day now. Bobby Sutliff guided us through a cover of the fab Dwight Twilley song Sincerely which is part of the Twilley Tribute Record Twilley Won’t Mind. This has been assembled by Zero Hour Records out of Australia, the same label that did the Records Tribute last year.

Meanwhile work on the reconstructed Shambaholic album is continuing with 11 of the 16 songs now mixed. The original 12 song album will be augmented by 3 tracks from Butterfly Wheel and the previously unreleased Eclipse And Debris. The latter didn’t make the final cut for the album of the same name as it wasn’t completed in time. This will be released at the same time as the Brain – Nomads split EP. The release date is currently penciled in for September 1.

Work on the new album has continued and will once again be the main focus once these summer projects are complete.

Back to finish work on Shambaholic. A couple of days were taken to visit Deniz and Anne in Billings before they head back to Australia. We reviewed the work that has been done on Den’s new album. He plans to continue once he’s back in Sydney.

The track listing for the Shambaholic Archive release has been revised. Eclipse And Debris will be replaced with the original recording of Perky Pat. This one is more appropriate for the time frame covered here. Perky Pat and Shambaholic’s Pollyanna Disillusioned were later re-recorded for Eclipse And Debris in 1995. Only one song remains to be mixed. I had to revisit Heavy Water. It was decided to have Tom Stevens redo the bass for the remix. There were two good reasons for this side project. The original 8-tracks tapes are showing there age. All the 8 track material was transferred to digital and in some cases 16 track tape. There didn’t seem much point in just mixing this once again. New drums were always the plan. As the mixing began, it was apparent that a few other repairs would be needed.

The other reason for this project was to have these songs released on Career Records. None of this material is available directly from Career. Our agreement with Get Hip has expired, but we didn’t see any reason to make their releases obsolete. It also gives us the digital rights to these 16 songs. No small thing in this modern age. The sonic improvement and the restoration of the original Shabaholic running order will make for a fresh listening experience.

The 7″ vinyl project is also moving forward. Pressing vinyl has a much longer lead time, so this has been proceeding in the background while the work on Shambaholic has continued. The test pressings for both Deniz Tek’s 45 and the Nomads – Donovan’s Brain Split EP arrived today and will be approved after careful listening. More about this over on the Career site.

It was determined that a new vocal was needed for the last song Endless Enigma. This should be wrapped up this weekend. This was a small set back in the effort. The track is mixed, but the vocals had both technical and performance issues that could not be resolved.

The CD cover art is complete and awaits final review. A necessary photo was finally found in the family archives

One week later and the audio is now editied and ready to send off to be mastered. The results are very satisfying. Updating the drums and the mix have made a dramatic difference. Tom’s bass on several songs compliments the original tracks and the new drums. I stubbornly kept some of the original bass parts as they seemed to work for the songs. There didn’t seem any reason to change them.

The EP has been delivered to the manufacture and should be ready for release Oct 1 2014. A couple of days rest, then back to work on the new album. 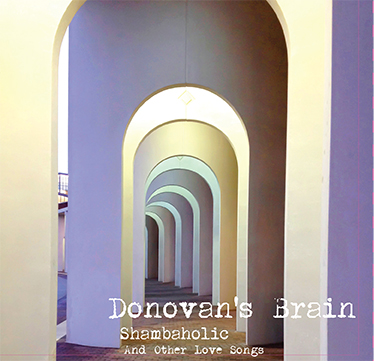 Shambaholic is at the mastering engineer’s. First pass sounds fantastic. Some small editing errors will require a second time around. I don’t think the problem is anything serious, just an odd assembly problem. It should be sorted out quickly. Slowly getting back to work on the new material. That was the idea. The first one up is another early 90s song that has been under reconstruction for some time. Originally demoed three times as Sounds Of 73 and re-recorded Punch Wax Circus. I returned to it a while back and wrote new lyrics, which changed the melody. This could not be resolved so yet another set of lyrics for the verses have been written using the original melody. Success. Tom has sent over a new bass part. It would be good to get this one on the new album.

This small project began as a diversion expected to take a few weeks. It’s now four months later and only just completed. The results are very satisfying. I never expected this material to sound this good. Writing songs is a mysterious process and this album was the first major effort. It was good enough to get Donovan’s Brain noticed and launched several releases. The nagging desire to have it released as intended has keep this one in the unfinished column all these 20 years. We work at a very productive pace and there is little time to review old material. Bobby Sutliff spent the first part of the year archiving his demos. By the end he was happy but maybe ready to get back to the present. I’m of the same mind now. Shambaholic and the EP will be out in early October, about a month later than originally thought. The effort has been good for several reasons. I used the remix as a chance to learn how to use some of the tools I have in the studio and to remind myself what it was that made this first album work.

I’ve begun to review the new material and found it is very far along. Several songs are done, only needing a mix. There are still some scratch vocals which need to be replaced and a few missing guitar solos.Once I take some notes work will resume and by the end of the year a decision will be made on how the next album will appear. 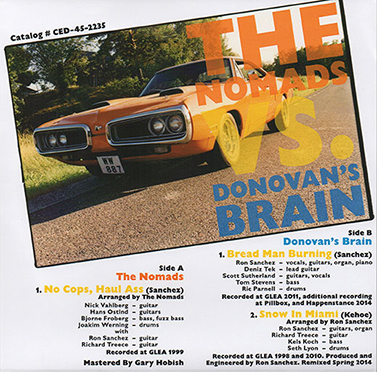 The business of releasing a record has once again dominated the last couple of months. The plan was to do limited promotion as we thought it would be futile to send out promo copies of the singles. A select group of press people were sent promo kits. This was probably a smart idea, as the mail order traffic has been fast and furious. Reviews will be posted as soon as something appears.

Meanwhile, I’ve been distracted working on an EP with a local band. Three songs were recorded and mixing in progress. Bobby has written a new song. The track is very impressive. It’s been a while since Bob has sent us anything new to hear so this is good news.

Bob has also suggested a visit to Career HQ early next year. This would give us a chance to put our heads together and make some sense of the mountain of new material we have been stock piling.